For the purposes of levying income tax (Box 1), a two tax bracket system will gradually be introduced as from 2019. This will be fully implemented as from 2021. This social flat tax must ensure that taxation of different types of households is more balanced. A common basic rate (37.05% in 2021) will apply for income up to € 68,507 and a top rate for income above € 68,507. It should be noted that the limit where this top rate begins, will be frozen until 2025. The new top rate will be 49.50% (2021), almost 2.5 percentage points lower than the current top rate.

This includes only the changes in tax credits as proposed in the 2019 Tax Plan. For persons entitled to an old-age pension, in principle the lower maximum amounts apply.

Beneficiaries can now be held liable up to the amount of their heritage for retrospective charges and revised tax assessments and liability debts that have only emerged after the testator’s death. This means that the Tax and Customs Administration sometimes misses recovery options because people donate their assets shortly before their death. Then the beneficiary receives no inheritance or only a minor one. Liability has therefore been expanded by the amount of donations received shortly (up to 180 days) before the testator’s death.

Tip: Expansion of liability does not apply to donations that are exempt from gift tax.

As from 1 January 2020 the effective top rate is being reduced, against which the entrepreneurs allowance, small business profit exemption, business use exemption, and personal allowance are deductible. For deductible negative income from home ownership, such an austerity already applies, which is now being accelerated. In 2020 the aforementioned deductible items are deductible by 46% instead of 50.5%. The austerity process will take place gradually. In 2023, the austerity will have progressed to a deduction at 37.05% (second tax bracket).

When a tax treaty allows the full right to levy tax on pension/annuity income to be granted to another country (state of residence), the Netherlands may not impose a protective assessment on accrued rights in certain periods. This was ruled by the Supreme Court and is now being laid down by law. It means that on emigration to such countries, annuity premiums for the period prior to 1 January 1992 or from the period 1 January 2001 to 15 July 2009, are not taken into consideration. The same applies for pension entitlements and contributions in the period up to 15 July 2009.

Tip: For emigration, check whether the state of residence has the full right to levy tax on annuity or pension income. If so, then object to the imposed protective assessment.

Sometimes very high net-worth individuals strip themselves of their assets just before the Tax and Customs Administration can secure its recovery options. For example, by donating assets to family members or by liquidating a legal person. That is why there will be a new tax liability for beneficiaries. A beneficiary is someone who, for example, receives a donation or liquidation payout from a legal person. Three conditions must be met:

It can be assumed that the parties involved knew that the Tax and Customs Administration was disadvantaged. The beneficiary must then prove the contrary.

The income-dependent combination tax credit (IACK) will be calculated differently, so the maximum IACK is already achieved at a lower income.

The income-dependent combination tax credit (IACK) is currently calculated by increasing a fixed amount by an accrual percentage on that part of the employment income that exceeds a threshold. The 2019 Tax Plan contains a proposal to scrap the fixed amount. According to the 2019 Tax Plan, accrual of the IACK then takes place from nil. Those ending up just above the threshold would not benefit much from IACK. However, the accrual percentage has increased from 6.159% to 11.45%.

Recipients of unemployment benefits who become sick and have the right to receive a payout pursuant to the Sickness Benefits Act (ZW), are entitled to an employed person’s tax credit and any income-dependent combination tax credit (IACK). As a rule, this results in a substantial increase in income. Conversely, unemployed people who receive a sickness benefit experience a significant reduction of their net income when they report that they are better. To prevent this, the sickness benefit is no longer taken into account as employment income for unemployed groups as of 1 January 2020.

Please note!
The measure does not apply for those voluntarily insured for sickness benefit.

There will be an alternative method for giving notice of tax assessments to legal persons who (presumably) no longer exist. This is to combat the dodging of taxation. The tax assessment form is issued to the Public Prosecution Service at the most recent competent court or to the District Court of The Hague. The tax assessment details are published in the Government Gazette and a copy of the notice of assessment is sent to the last known directors, shareholders and liquidators.

Broadening of obligation to provide information

Persons who could potentially be liable for a tax liability of others are legally obliged to provide information to the Tax and Customs Administration. However, a condition is that the Tax and Customs Administration has evidence to suggest that there is liability. For example, in the event of a hirer, director or shareholder with a substantial interest, but if this Tax Plan is adopted, this also applies to an heir or beneficiary.

Please note!
Failure to comply with this broadened obligation to provide information can be fined (max. € 8,300) or is punishable by imprisonment for up to six (6) months.

Check out the latest news 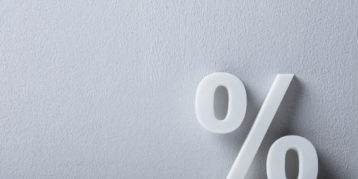 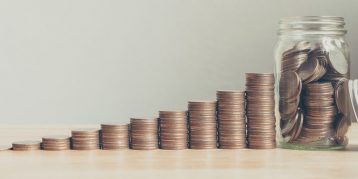 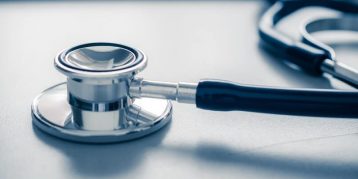 Gijs Vernoij | Tax director
Want more information?
Fill out the contactform or let us call you back.
Neem contact op